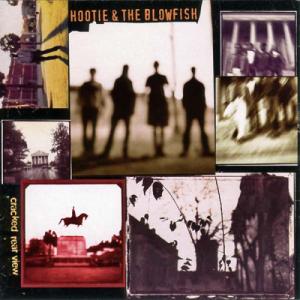 A few years ago, the school I was teaching at did “decades day” as one of their spirit week days.  Quite a number of my fellow teachers were around my age, so I was not the only person who wore “’90s attire”.  However, most of those colleges of mine were ex-jocks who somehow managed to squeeze themselves back into old varsity jackets.  Having never played a sport in high school I didn’t have a varsity jacket, so I kind of “grunged” it up with a flannel shirt, some jeans, a Nine Inch Nails T-shirt and a pair of black Doc Martens.

Of course, while the flannel and the NIN T-shirt were authentic, they really didn’t represent who I was or what I wore in high school (in fact, I didn’t get a pair of Docs until after college).  The flannel was from J.Crew (and is now the smock  my son uses for art time in daycare) and while I do have most of Trent Reznor’s recordings from Pretty Hate Machine through The Downward Spiral, I was never a hardcore fan.  But a pair of antique-washed jeans with a braided belt, white oxford shirt, and plaid tie, all from The Gap, would have been lost on my students.

And truth be told, if I wanted to fully represent my 1990s self, I probably should have worn one of my Hootie and the Blowfish tour T-shirts.

In the spring of 1995, Hootie’s Cracked Rear View was inescapable.  “Hold My Hand” and “Let Her Cry” probably got as much airplay as your average Jack Johnson tune seems to get today, so it would have made total sense that I would have at least heard of the group and liked at least some of the music.  At the time I was a feign of a metal fan.  Most of my time before high school, I’d been listening to Billy Joel and Bruce Springsteen, so the idea that I loved anything in a pop-rock format wasn’t too far-fetched.

Of course, I didn’t let my friends know that too much because they had all established themselves as hardcore fans of Metallica and being that I was on one of the lower rungs in terms of that group of people–read: the guy that everyone seemed to really enjoy giving a lot of shit for no apparent reason.  But I really don’t feel like getting into the host of self-esteem issues I had through high school or claim I was bullied, so let’s just say that I was always the odd-man-out, a little more sheltered, definitely more clueless (and if you believed one of my friends’ chants, useless).

Anyway, Hootie kinda fell into my lap in the spring of 1995 via the girl I was dating.  About a few weeks before graduation, she called me to tell me that she had scored tickets to two concerts.  One was for Live that September, which she would see with a few friends (the less said about Throwing Copper, the better) and the other was for Hootie, for which I promptly gave her some money before heading out and buying Cracked Rear View.  I didn’t absorb the album the moment I got it, mainly because I was gorging on a steady diet of Green Day (and 10,000 Maniacs’ Our Time in Eden album, but that’s another post entirely).

But I did take a fair amount of shit for Hootie.  “Was it a stand-up or sit-down concert?” asked my friend Brendan, who once had front and center tickets for Metallica, but who would head to the freaking Lilith Fair a few years later with his girlfriend and finally understand where I was coming from on the Hootie.  Besides, it wasn’t a bad show.  I mean, because of their presence on the Friends soundtrack and their ubiquity in the summer of 1995 that led to serious backlash (especially when their second album came out and tanked), we forget that Hootie and the Blowfish were a solid band that actually started as a college act, playing fraternity houses at the University of South Carolina the same way a smiliar, longer-lasting act named Dave Matthews Band had done around the same time at the University of Virginia.  And in the summer, you’re looking for a sound like this, which is inoccuous enough to be blasted from a car window or played at a backyard barbecue and be ignored.

I still have my copy of Cracked Rear View and the concert ticket is tucked into the booklet, and I gave it a listen recently.  It’s not a bad effort.  “Hannah Jane,” the opening song, is one of those opening numbers that really establishes the group’s sound, and I’m honestly surprised that it wasn’t a chart-topping single.  And “Hold My Hand” and “Let Her Cry”, the two hits I mentioned earlier, still hold up after a decade and a half, as does my favorite song on the album, “Time.”

“Only Wanna Be With You,” on the other hand, is a song I’d like wiped from my memory, along with its cheesy, crappy video with Dan Marino throwing passes when Darius Rucker sings “I’m such a baby ’cause the Dolphins make me cry”.  I will definitely agree with those people who used to give me shit for liking this group–having to listen to this is about as annoying as listening to “I Can See Clearly Now” or anything off of a recent Bon Jovi album.  It’s soccer mom rock.

The "Summer Camping With Trucks Tour 1995" T-shirt from my first Hootie and the Blowfish concert.

But I can see how it sold 13 million copies and I can see why I went to Jones Beach to see the group for my first real rock concert in June, 1995.  I mean, technically, my frist rock concert was a free Ziggy Marley concert on the National Mall that I happened to stumble upon in June of 1994, but I don’t know if that counts.  This was planned, right up to the part where my girlfriend and I got dinner at the Jones Beach concession stand and made sure we bought the overpriced concert T-shirts that listed all of the tour’s dates on the back.

It’s actually one of the few decent memories I have of that long-ago relationship.  Because if I have anything left, it’s a few sappy journal entries and bad poetry.  Maybe it was a good memory because the Jones Beach ampitheater, which its right on the water, is one of the best places I have ever seen a concert; maybe it was that their song “Goodbye,” which they closed with, was a bittersweet tune that only got more bittersweet when I left for college in August; or maybe it was that when we saw the band again the next summer, the experience was the total opposite.

I scored Hootie tickets for August of 1996 the day after I returned home from my freshman year of college; in fact, the moment I got back from Baltimore, I stood in line at our local Ticketmaster outlet–which happened to be the Marshalls I’d once worked at–for a bracelet that I’d wear until I could actually purchase tickets to Hootie, DMB, Ozzy, and Celine Dion (that was my parents’ concert–and no, I’m not bullshitting to save face).  Unfortunately, my relationship was deteriorating quickly and we would actually break up at the end of June, then get together again.

Hootie and the Blowfish's second album, "Fairweather Johnson" wasn't nearly as good and didn't sell nearly as many copies as their debut. I got rid of this tour's T-shirt a few years ago.

By the time that August concert rolled around, it was clear that the two of us were together because of the fact that we had the tickets … sort of.  We were barely speaking to one another and I was sure that she was cheating on me.  In fact, I really went to the concert with her out of spite because she had offered to buy my ticket off of me and I refused because I was sure she was going to take the guy she was cheating on me with.  In retrospect, I probably should have taken the money, but when you’re in relationship flameout, you desperately try to get any advantage you possibly can.

That night was just as much of a flop as Fairweather Johnson–another tour T-shirt I had but gave to Goodwill a couple of years ago.  The concert was another solid performance, and the band bringing out Living Colour’s Vernon Reid was prety awesome but by the time we were in my driveway and she refused to kiss me goodnight with a terse “I’m not kissin’ you”, it was forgotten and pretty much an embarrassment whose only siginficance was that it bookended the relationship (we broke up two weeks later and that Thanksgiving, I ended any effort their was for us to “remain friends”).

Stupid?  Perhaps.  Necessary?  Definitely.  Then again, I learned early on to let go of any pretense that comes with listening to the “right” bands or going to the “right” concerts.  I mean, what is youth without those times that seem regrettable at first but with age are just a bit silly?