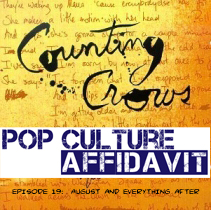 This time around, I have yet another guest on the show and it’s an awesome special guest, my friend chelle who spends about 90 minutes with me talking about the 1993 Counting Crows debut album, “August and Everything After.” We talk about the album’s history and go through it song by song and bring up everything that we like about the album and the band, which has been around for 20 years now.

After the jump, a few extras … things that were mentioned in the podcast.

First, the album cover to August and Everything After: 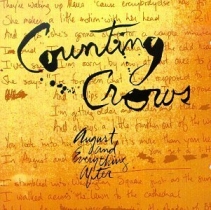 The book of sheet music that I have from piano lessons twenty years ago:

The page from James O’Barr’s The Crow where the title character recites the nursery rhyme that Counting Crows takes its name from (and which is quoted in “A Murder of One”): 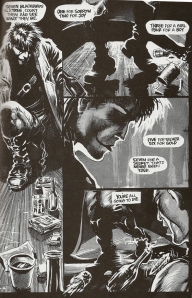 A performance (via YouTube) of the song “August and Everything After”:

And a version of their performance of “Rain King” that features a cover of “Thunder Road”: