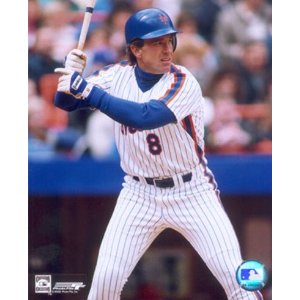 I’m not a sportswriter; hell, I’m not even a sports blogger.  So sitting down to write anything about an athlete’s death on my part is probably more self-indulgent than anything, especially since I’m sure that come morning there will be at least a few columns on the same topic.  That being said, when my wife told me this afternoon that Gary Carter had passed after a battle with brain cancer, I felt the urge to say something.

As the catcher for the Mets when I began following them in 1985, Carter was one of their sluggers as well as an RBI leader and he became one of my favorite players. I probably, at one point, imitated his batting stance (which was one of those stances that didn’t suggest that he really had any power); I had a poster of him on the wall of my basement; and of course I had quite a number of his baseball cards.  I don’t know if he was a hero in the sense that I ever wanted to “be” like him–after all, nobody would have wanted as terrible a little leaguer as me to get behind the plate–but he was definitely someone I looked up to.

Gary Carter wins game 5 with an extra-inning hit. From the Daily News Scrapbook of the 1986 Mets Season

It seems like I made a good choice in that regard, too, because from what I’ve read over the years about Carter and his career, he had a love of the game of baseball and played that way but if you watch some of his highlights you can tell that he was a true competitor.  I’ll never forget the opening to those Mets games of the 1980s where you could see a highlight of him tagging out Ken Griffey, Sr. on Rusty Staub Day, or his reaction to finally breaking through in game 5 of the 1986 NLCS and getting what was probably the second-most clutch hit of his career (the first being the hit that started the Game Six rally).  It was, to put it simply, genuine joy. I mean, he took his fair share of curtain calls for home runs but I don’t remember the guy as a showboat, on or off the field.  I never had the fortune of meeting him, but a few friends of mine had personalized autographed pictures and I rarely, if ever, heard a bad word about what it was like to actually meet him.

I know that I’m writing this through the lens of childhood nostalgia, and I know that all he was was a baseball player and didn’t fight and die for our country and all of the other things that true heroes do.  But when I was seven years old, I was thinking about those things when I chose my role models.  He was a guy who was on my favorite team and got hits and hit home runs and I thought of him in the same way that people of the generations before me thought of Joe DiMaggio or Mickey Mantle, and even though other players are more famous for wearing number 8, and there have were better catchers before and since, I have to set those aside and tip my hat.