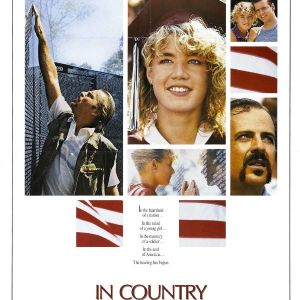 It’s an extra-sized 50th episode of In Country. We’ve hit the halfway point in our journey through The ‘Nam as well as our look at the Vietnam War as a whole, so it’s time to look at a novel and movie that share a name with this podcast: In Country. In this episode, I take a look at the novel In Country, which was written by Bobbie Ann Mason and was published in 1984. It’s the story of Sam Hughes, a teenage girl in Kentucky whose father died in the war and her efforts to discover more about who seh is so that she can better understand him as well as her uncle Emmett, who continues to cope with his Vietnam experience. The film version, from 1989, was directed by Norman Jewison and stars Bruce Willis and Emily Lloyd.