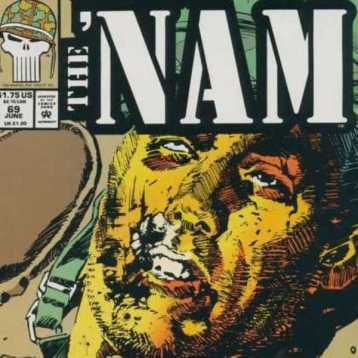 The finale of the second three-part “Punisher Invades The ‘Nam” and Chuck Dixon’s last issue of the series takes us through the end of Iceman’s story about Frank Castle’s time in country, with plenty of action, as Frank defends a firebase and confronts the colonel who may or may not know about the shady things that have led to his fellow soldiers’ deaths. It’s “Down to the Ground” by Chuck Dixon, Kevin Kobasic, adn Jimmy Palmiotti in The ‘Nam #69.

I take a look at the issue and reflect on the overall Punisher storyline and also look at the historical background for January and February of 1972.

As an added bonus, here is a scan of my copy of The ‘Nam #69, which is signed by Jimmy Palmiotti. 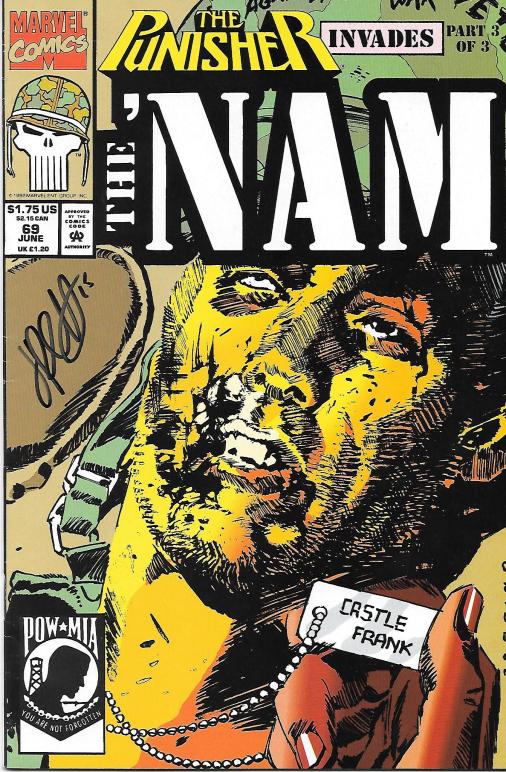