Blank VHS tapes. So many of us had them. So many of us still have them. But what happens when you unearth a pile of vaguely labeled blank tapes in your parents’ basement and you pop them into your VCR? Well, that’s exactly what I did. In this episode, I talk about my personal history with VCRs and VHS tapes as well as what I found in a pretty large pile of tapes that I grabbed on a trip to Long Island back in April. It’s an hour of me rambling about Seinfeld, Baywatch, holiday cartoon specials, and anything else I taped in the 1980s and 1990s.

After the cut, a few links and extras from this episode …

First,one of the many cassettes labeled “Tom’s Blank” (which was also used for some sort of social studies project at one point):

A shot of Christopher Reeve trying to explain why he is going to throw those nuclear missiles into the sun and not, say, that annoying kid in Superman IV: The Quest for Peace: 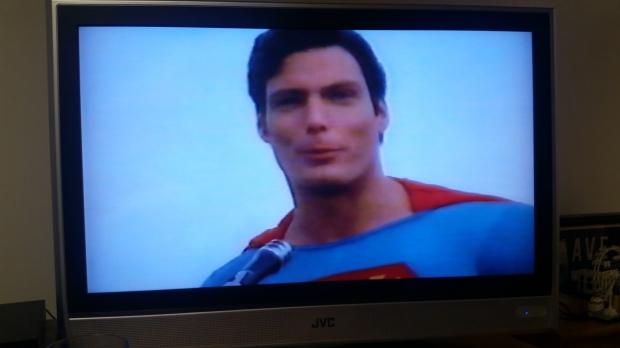 The Hoff, Hoffing his way through a Baywatch episode:

A scene from the “Vacation” Baywatch two-parter.  I just love the way this guy is rocking the crew socks and white sneakers: 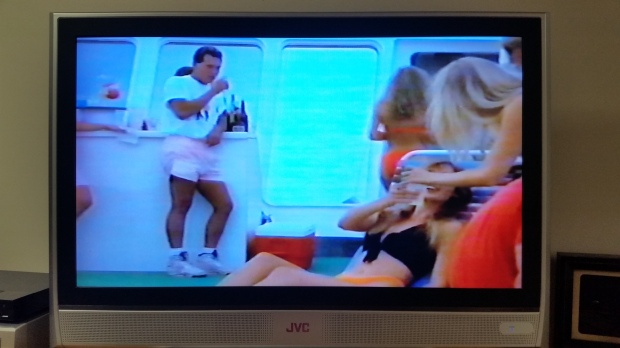 There were many Seinfeld episodes, but the thing that gets me is the way I taped a Dateline segment about the show.

Commercials!  These were my favorite things to find on this tape.

Before I post some more badly captured screen shots, here is a link to old posts about local NY/LI commercials:

“Just ‘Round the Corner!”

Up first, Kids R Us:

Now, I plan to write an entire blog post about this particular commercial and that will be up in the coming weeks.  Until then, here is an old post about a kid dancing in a commercial about pasta in a can:  “XOXO”

And what would a set of commercials from that era be without Rob Kelly’s favorite place, Beautiful Mount Airy Lodge: 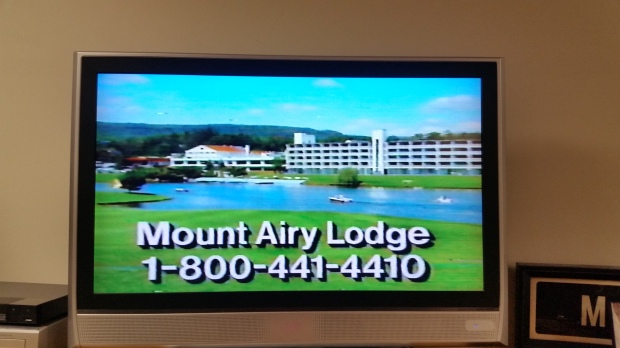 I actually did an entire blog post about this and other vacationland commercials a few years ago:  “All You Have to Bring is Your Love of Everything”

And finally, there’s Wind Song.  This is another commercial that will get its own blog post (and I may have mistakenly said it was already up–it will be, probably next week).  For now, enjoy the look of the girl the guy in our commercial can’t forget: 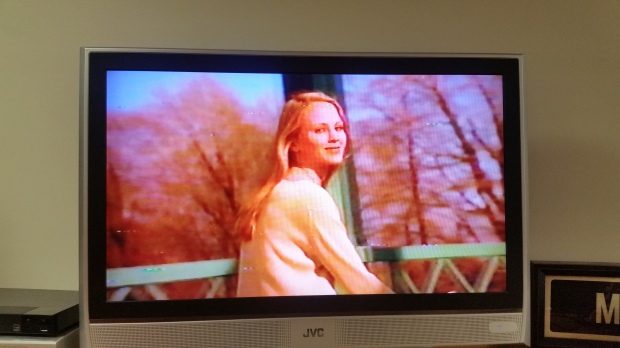 And finally, this is what about twenty years’ worth of TDK VHS packaging looks like …