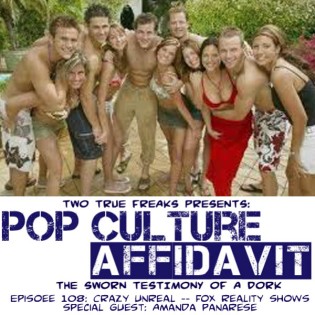 What happens when you take two people who have repeatedly watched what happens when you take a group of hot singles and put them in a mid-level resort in Cabo San Lucas? You get a conversation about reality shows on the Fox Network! Amanda joins me to talk about everything from the early days of Totally Hidden Video, COPS, and America’s Most Wanted, to the high point of trashy Fox reality of Temptation Island and Paradise Hotel. Along the way, there’s American Idols and Gordon Ramsey calling someone an idiot sandwich.

And as a bonus, here’s a YouTube playlist of random Fox reality stuff: 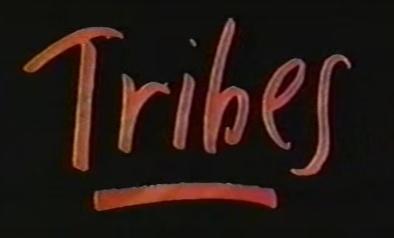 I’ve written before about how my junior high school years were incredibly awkward and not the fondest when it comes to my social life, but when I think about it, my choices in after-school entertainment were just as awkward.  I was in on the verge of being a teenager, but I was still coming home to watch cartoons on television or playing NES; conversely, I was also watching sitcom reruns and Degrassi High.  Which is how, in March of 1990, I discovered Tribes.

To be honest, this wasn’t a huge moment in my life because the show is a footnote of a blip in popular culture and the only reason I watched it was because my local Fox affiliate had decided to drop reruns of The Facts of Life and start airing the teen soap opera after the daily rerun of Diff’rent Strokes was over.  In fact, I don’t think I even remember it being advertised.  One day, it was simply on and my sister and I were too lazy to look for the remote, so we watched it.

If you’re unfamiliar with the show, Tribes was a daily soap that focused on several teenagers in Southern California who wind up in precarious situations ranging from storylines I was familiar with from Degrassi to what you might see on The Young and the Restless.  In fact, the creator of the show, Leah Laiman, was a veteran soap-opera writer and the show was produced by longtime producers of shows like Y&R and The Bold and the Beautiful.

Airing from March 5, 1990 until July 13, 1990, Tribes failed to make much of a mark or at least have as many before-they-were-stars names as Swans Crossing, the teen soap that would run in syndication on WPIX in the summer of 1992 (and even had its own line of action figures), but whereas Swans Crossing seemed (at least to me) to be a more soapy version of Saved By the Bell, Tribes was more like a harder-edged Degrassi.  Each episode followed the classic soap opera plot design of following multiple that were ongoing and got increasingly complicated as the series went on.

Thankfully, someone has uploaded most of the episodes of the show to YouTube, so you can see how it kicks off here:

To be honest, when I watched the show back in 1990, I didn’t really get beyond a week or two’s worth of shows and the only episode I remember was one where two characters, Melinda and Matt, got stuck in the school’s boiler room for an extended amount of time, which seeds a future romance for the two of them.  But one thing I will say is that I wanted to take some time to go through the first episode because it is so 1990 in a way that few things are.