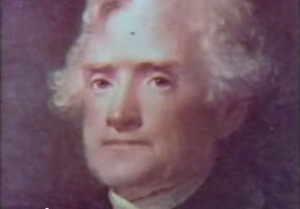 This weekend marks the bicentennial of Francis Scott Key’s writing “The Star-Spangled Banner.”  To mark the occasion, Baltimore had a large celebration in its harbor, especially near Fort McHenry, which is where Key was being held prisoner during the Battle of Baltimore.  The history of our national anthem goes beyond that one battle of the War of 1812 and  The Washington Post has a really great article that discusses that history (“5 Myths About the National Anthem”).  I actually knew a majority of the truths the writer discusses because of a filmstrip I saw in music class when I was in the fifth or sixth grade.  Don’t ask me how I actually retained that information and not, say, trigonometry, because it’s one of the great mysteries of life.

But I didn’t want to write this short post about the history of “The Star-Spangled Banner” or discuss its significance in our everyday lives as Americans.  No, this blog is about popular culture and when I, and quite a number of people older than myself, think of the national anthem’s place in popular culture, they might think of this:

If you’re under a certain age, you may not know what the significance of the clip I just posted because you might also not be familiar with the concept of a station signing off.  In the days before hundreds of channels and all-night infomercials, local television stations and network affiliates signed off for the night, concluding their broadcast day with a pre-packaged video montage and then going to some sort of test pattern with a constant high-pitched tone:

One of the most common sign-offs was the playing of “The Star-Spangled Banner” (something so common it opens Billy Joel’s song “Sleeping With the Television On”). There were quite a number of different versions of the national anthem sign-off, but this one always stuck out to me as one of the more memorable, probably because it was one of the few I actually saw–although if I’m being truthful, it may have been used as an early morning sign-on as well.

The montage I posted was created by the New York-based firm Saxton Graphics Associates, Ltd., probably in the early 1970s (since it closes with the moon landing) but I couldn’t find much else in the way of history of the montage beyond this paragraph on the Wikipedia page for “Performances of ‘The Star-Spangled Banner'”:

Over the early years of U.S. television broadcasts it became common practice by many stations to close their broadcast day, usually late at night or early in the mornings, by airing the Star Spangled Banner accompanied by some visual image of the flag or some patriotic theme. One audio-visual arrangement in particular, entitled “National Anthem,” [5] was produced by a New York-based graphics firm, Saxton Graphic Associates, Ltd. The uncommonly complex and interesting orchestral arrangement of the Star Spangled Banner commences with a trumpet fanfare then the anthem is accompanied by images that illustrate several of the highlights of the history of the United States of America, culminating with an image from 1969 of an Apollo 11 astronaut standing on the Moon by the US flag. Several television stations aired this including WNEW-TV in New York (through 1978), and Washington DC WDVM-TV channel 9. There is no reference to whom arranged the music, nor to what orchestra performed it though numerous sites on the Internet host messages inquiring about this and where the original music might be found today.

I don’t have a long, drawn-out nostalgic story for this one.  It does remind me of the times when I had to stay at my grandmother’s house and we’d get to stay up late for, say, New Year’s Eve or something, and it kind of reminds me of flipping around the channels in the very early hours of the morning when I had my first job of putting Sunday papers together at a local stationery store.  But when I watch it now, it actually is a little moving.  I’ve always loved how the montage takes us through all of American history and reminds us just how much has happened in the last 200-300 years; furthermore, the bombastic arrangement of the song is enough to get even the most cold-hearted cynic (read: me) feeling at least slightly patriotic.  And it’s a memento of an earlier time in our country’s media history, a piece of ephemera that makes some wistful for an earlier time and others curious.