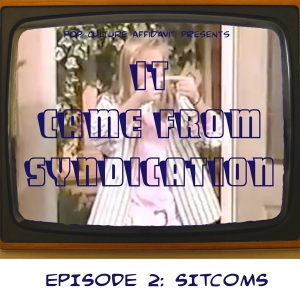 It’s the second episode of the seven-part miniseries IT CAME FROM SYNDICATION! This time around, I continue my look at syndicated television from the 1980s and early 1990s with a look at that bastion of American television, sitcoms. From Throb to Out of This World to Small Wonder, I’ll be looking at the good, the bad, and the ugly when it comes to half-hour comedies on the non-network channels.

The main credits for The Munsters Today:

The opening and closing themes to Throb:

The credits for Charles in Charge:

The credits for They Came from Outer Space:

The opening credits for Out of This World:

The credits for Small Wonder: