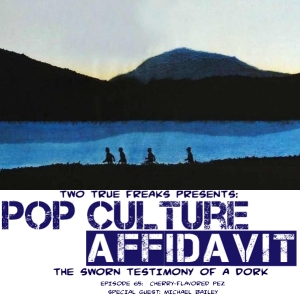 Thirty years ago, Rob Reiner directed the seminal coming-of-age film Stand By Me. To celebrate its anniversary, Michael Bailey and I take a look at the film as well as the Stephen King novella “The Body,” upon which it’s based; as well as the music on its soundtrack. We also discuss why it’s an essential movie for anyone who grew up in the 1980s.

After the cut are are some of the clips featured in the episode: