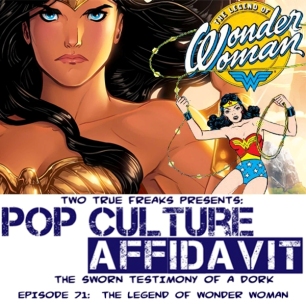 For the past 75 years, she’s been a hero and role model, and this summer she is getting her own feature film.  I’m talking, of course, about Wonder Woman.  To honor the mighty Amazon, I’m taking a look at two series entitled The Legend of Wonder Woman.  The first, from 1986, is by Kurt Busiek and Trina Robbins and takes place right after Crisis on Infinite Earths, closing the door on the pre-Crisis incarnation of Diana while opening the door for the landmark George Perez run.  The second, from 2016, is by Renae De Liz and Ray Dillon, and is an all-ages, out-of-continuity retelling of WW’s origin story.

As a bonus, here are scans of the text pieces from the 1986 Legend of Wonder Woman series. 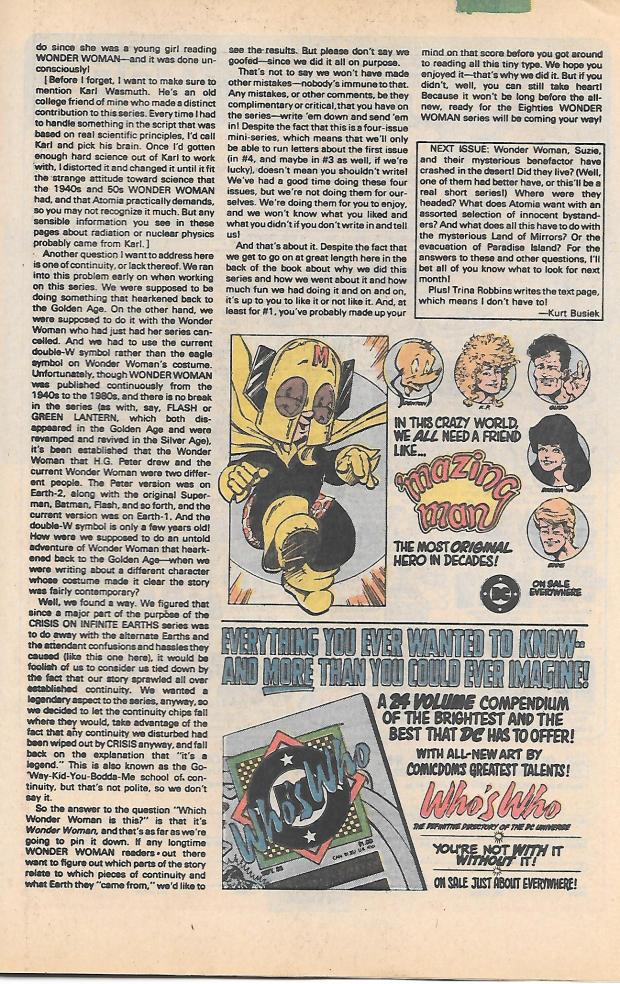 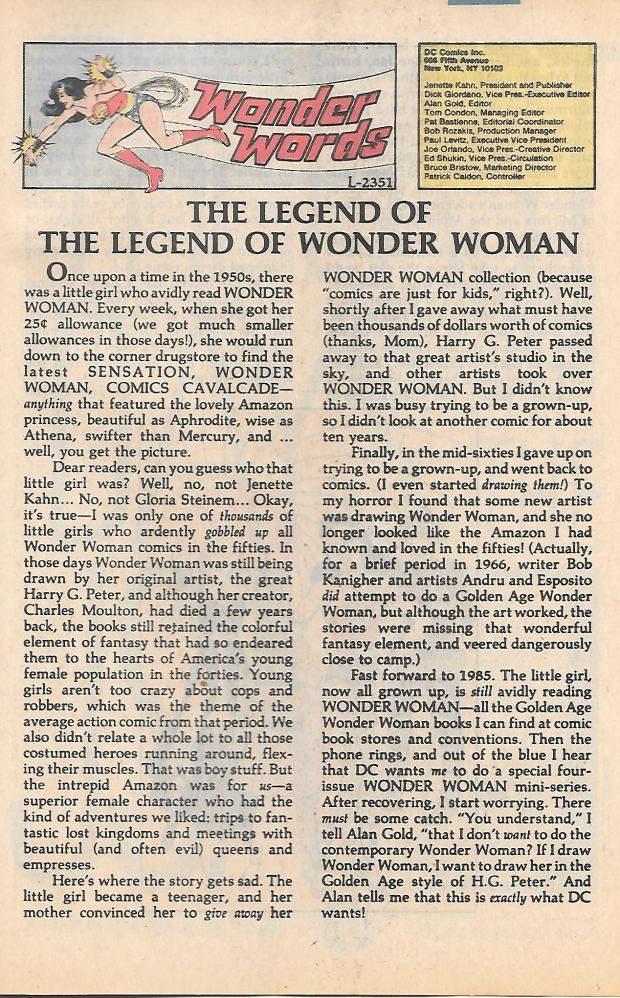 My Tweets
Join 868 other followers